The Township of Jacksonport was officially organized on March 9th, 1869. Historical accounts state that a tribe of Potawatomi Indians lived in their village, “Mechingan”, in the area of Hibbard’s Creek many years previous. Around 1850, the first white man, Neil Blair, settled here. Perry Hibbard moved to Jacksonport in 1861, built a dock and was in the lumbering, store and shipping business. Many other settlers – Germans, Austrians, English, Scotch, French Canadians and others – built homesteads in Jacksonport. 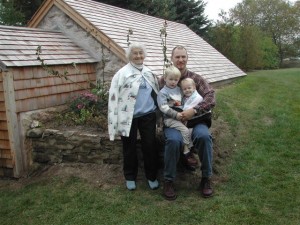 By 1877 mail was sent three times a week. Hwy A received the first telephone line in 1888. By 1885 there were 862 people living in Jacksonport. By 1890, the township was more agricultural and lumbering and commercial fishing was fading. By 1900 people discovered Jacksonport as a vacation center. The first motor stage came to Jacksonport in 1911. Some stayed at the Eureka House or LaMere Lodge or camped. By the 1920’s cottages were built and rented out to vacationers.

Recently the Jacksonport Wharf Archeological District was named to both the State and National List of Historic Registers because of the historical docks and shipwrecks along the Jacksonport lakeshore. 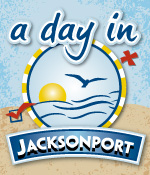